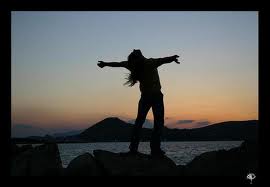 In 2012, the IRS, for the first time in many years, announced a significant easing of the Offer in Compromise rules that allow qualified taxpayers who cannot pay their past tax debt to settle that liability for less than they owe.

Our attorneys estimate that more than half of the people who could not qualify for a settlement under the old IRS rules, may now be able to settle their tax debt for less than they owe under the new IRS guidelines. In some instances the amount required to settle could be reduced by as much as 75% compared to the old rules.

The recently announced IRS changes to the Offer-in-Compromise program which could affect your ability to settle include:

In addition to lowering your settlement based on income, the IRS made numerous technical changes which could reduce their estimation of the value of your vehicles and business assets used to evaluate your offer. This could further reduce your settlement.  Many people now qualify for the settlement program who never before would have.

The IRS made numerous other technical changes, all of which improve your chances for a reduced settlement of your tax debt.

If you can’t pay your tax debt and would like to end your IRS nightmare now, there has never been a better time in the history of the IRS Offer in Compromise program than now. Contact Tax Relief Clinic for a free consultation to see if you qualify.  Just imagine what it will be like to finally deal with your tax debt!  Call us at (800) 844-7750.